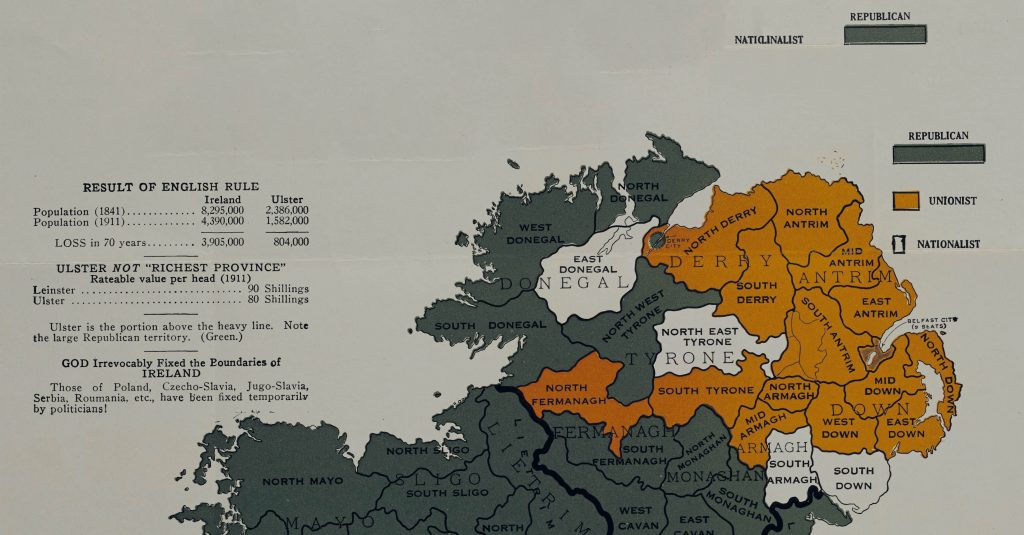 With good reason the December 1918 general election is regarded as a political earthquake. With a massively expanded electorate, including women over 30, the Irish Parliamentary Party, the dominant force in nationalist politics since the 1880s, was almost wiped out and replaced by Sinn Féin, whose MPs refused to take their seats in Westminster. Instead they assembled in Dublin’s Mansion House and declared themselves to be the first Dáil Éireann. Within a year the War of Independence would be in full swing. But was this sequence of events inevitable? Did it reflect a radical shift in the views of the electorate? How did the election play out at local level, particularly in Donegal? To discuss these and related matters History Ireland editor, Tommy Graham, was joined by Brian Hanley(University of Edinburgh), Brian Walker (Queens, Belfast), Pauric Travers (Chair, BAI) and  Margaret O’Callaghan (Queens, Belfast).

Supported by the Commemorations Unit of the Department of Culture, Heritage and the Gaeltacht.

History Ireland editor, Tommy Graham, was joined by a panel of experts — Brian Hanley, Liz Gillis, Niamh Puirséil — for a discussion to coincide with the National Library’s photographic exhibition covering the turbulent years of 1918 and 1919. Covering the end of the First World War, the suffragette movement, the global flu pandemic, the first meeting of Dáil Éireann and the outbreak of the War of Independence.