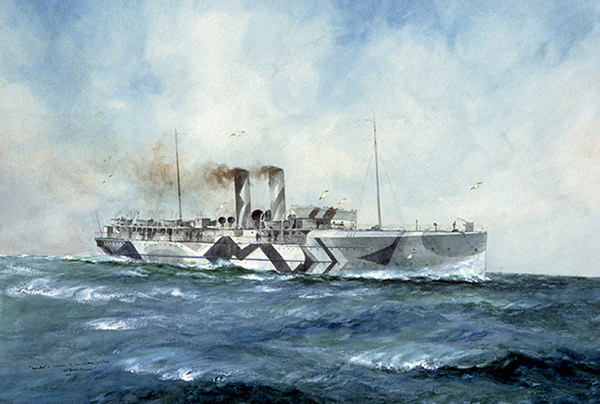 Just before 10am on 10 October 1918, east of the Kish Bank, two torpedoes fired by the German submarine UB-123 struck the 2,640-ton packet steamship RMS Leinster, en route to Holyhead, causing her to sink rapidly; over 500 lost their lives, out of a total of over 800. It was sadly ironic that only a few days previously the Germans had sent out peace feelers to US President Woodrow Wilson, and the war itself would be over within a month.